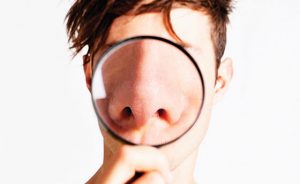 I lost my Jewish nose eighteen and a half years ago. No, I didn’t have it “fixed”—I just moved to Israel. There are no Jewish noses in Israel. Of course, there are several million Jews here, and upon each of their faces sits a nose, but I have never heard of, or read about a Jewish nose in Israel. In America, things are different. I learned from a young age that there was such a thing as a Jewish nose, that a Jewish nose was unappealing, and that I had one. What does such a nose look like? There are a number of variations of the Jewish nose. They can be long and hooked or, curved and bumpy, but one thing they all have in common is size: a Jewish nose is a big nose.

A major reason that the Jewish nose disappears in Israel, is because you realize that a large number of Arabs happen to have Jewish noses. It seems that the long, aquiline (can-opener) type of nose is Semitic, rather than Jewish. Another reason why there are no Jewish noses in Israel, is that there are so many Jews whose noses don’t make the “Jewish” grade. Consider this: there is probably not one traditional Jewish nose amongst the entire Ethiopian Jewish population.

One other reason why there are no Jewish noses in Israel is linguistic. The word “Jewish” in the phrase “Jewish nose” stands for something negative, and in Israel “Jewish” is not often used in a negative sense. In America, “Jewish” is, literally, a funny word. I can’t think of another word that contains the “j” and “sh” sounds—besides the word “josh,” whose meaning just goes to prove my point. Comedians in America can get some easy laughs simply by using the word “Jewish.” The word itself is funny because it’s such an unusual English word. In human society, however, what begins as funny and different often ends as strange and unpleasant, so you feel that you always have to be vigilant in America when you hear the word “Jewish.” The Hebrew word “yehudi” (Jewish), on the other hand, is much friendlier. The major sounds in “yehudi” appear in numerous words—ranging from “hand” (yad), to “know” (yada), to, in fact, “friend” (yedid). Thus, the Hebrew language itself undercuts an attempt to portray a Jewish nose in a negative light.

To be sure, plastic surgeons exist in Israel and sometimes they are called upon to do cosmetic work on the noses of Israeli Jews. Not every Israeli Jew is happy with the way their nose looks (though the culture’s definitions of beauty make room for larger noses than in America). Yet this unhappiness is not ordinarily connected to a person’s Jewishness. Having passed on my nose to a few of my children, I can breathe easier in Israel: it’s hard enough figuring out what it means to be Jewish, without the encumbrance of a Jewish nose.

Teddy Weinberger, Ph.D., is Director of Development for a consulting company called Meaningful. He made aliyah with his family in 1997 from Miami, where he was an assistant professor of religious studies. Teddy and his wife, Sarah Jane Ross, have five children.

It’s Tough Being a Teen

Give Me Your Tired, Your Poor 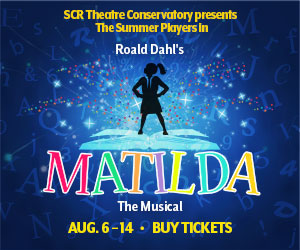