Just to Be On the Safe Side 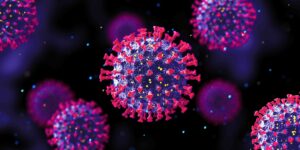 My father missed the pandemic by a few months, passing away at the age of 89 at the end of October 2019.
Had he been around, and had he the ear of the world’s heads of state, he would have urged them to ask hard questions about COVID-19 right from Day One (something they have only recently begun to do), questions such as whether the goal should be “zero spread” or minimizing severe disease.
My father was deeply suspicious of the tyranny of “just to be on the safe side” (JTBOTSS), and he rejected medical procedures that were recommended to him in that vein. On several occasions, when a hospital wanted to keep my father for observation after treatment, he checked himself out of the hospital against medical advice.
JTBOTSS means that once a precautionary tool, test or device is suggested it must be adopted. Why? Because there are no penalties for acting according to JTBOTSS—only punishments for not doing so.
For example, at the start of the pandemic there were widespread predictions that Israel would need thousands of respirators, and hospitals hastily did their best to acquire as many as they could—though it turned out that the need never rose above several hundred for the entire country.
Another example: At the beginning of the pandemic, there were scary public-service ads in Israel showing how the virus spreads from surfaces. The virus was depicted as a glowing red blob, going from door handle, to coat, to elevator button, to water glass.
The time, effort, and money spent on disinfecting surfaces was significant–and, as we later learned, basically unnecessary. But where was the comeuppance for those scientists who argued for disinfecting surfaces or who predicted a need for thousands of respirators? There was none.
The waste of resources in the various surface-disinfection efforts and unnecessary respirator purchases, however, had social costs: There were less funds for social services, which led to program cuts, which typically lead to increased poverty as well as a rise in crime and domestic violence.
If an individual wants to take precautions JTBOTSS, then that’s their decision, but when such precautions are taken on behalf of society at large, it should be clear what the costs are for those precautions.
Interestingly, Israel is as guilty as other countries in practicing JTBOTSS during the corona virus pandemic. One might have expected Israel to behave differently. After all, during terror situations Israel does not act JTBOTSS.
Two decades ago for example, in the Second Intifada, when Jerusalem city buses were exploding with an alarming frequency, I had several children riding those buses daily. Where was someone to propose that the government take it upon itself to operate school buses during the crisis, JTBOTSS?
Ah, but with terror, things are different. With terror, our enemy has a face and an address—and because one of the key goals of terror is to disrupt everyday life, we will not let the terrorists win.
On the other hand, the corona virus may be alive but it has no personality. Because of this, we can engage in JTBOTSS without appearing to be “giving in” to the virus.
Make no mistake: Getting vaccinated is acting with prudence and not JTBOTSS. My father was a strong supporter of science, and he would have been impressed by the scientifically proven success of the vaccines. While he would have been dismayed by such JTBOTSS mandates here as masking indoors even among the fully vaccinated, he would have needed just one choice word to describe the anti-vaxxers: “whackos.” L’Chayim!

Teddy Weinberger is director of development for a consulting company called Meaningful. He made aliyah with his family in 1997 from miami, where he was an assistant professor of religious studies. Teddy and his wife, Sarah Jane Ross, have five children.

She Inspired Gentleness and Kindness

With Passover around the corner, the Jewish cooking frenzy has officially begun. Passover, which begins this year at sundown on Friday, April 15, is...
Read more