Kol Sasson V’Kol Simcha; Kol Chatan V’Kol Kallah—Voice of joy and Voice of happiness; Voice of the groom and voice of the bride. From the seventh and last of the brachot (blessings) recited under the Chupah at a Jewish wedding ceremony these words contain a message that the joy and happiness of the occasion all center on the bride and groom. Thus, it is their voices and the voice of the Rabbi who officiates to unite the couple in holiness that should be heard, forsaking all others.

The offending behaviors described in this article are not at all attributable to any wedding I’ve attended in Orange County or anyone affiliated with my synagogue or anyone for whom my husband was the m’sader kedushin who officiated at the ceremony. Instead, they derive from my long ago experiences at the weddings of relatives and friends in other communities.
It all began with the universal use of cell phones and people’s comfort with the technology. Not only were wedding guests just conversing with one another but with others who did not attend—all via cell phone. I recall one lady who narrated the processional like she was announcing the sixth race at Santa Anita: “The bridesmaids are in post positions. They’re off! And down the stretch they come! Royal blue silk is in the lead followed by sniffly BFF!” What? They’re all wearing royal blue silk? They’re all the bride’s BFF? At least they all think so? That’s why they’re sniffling? Okay, scratch that.”
Wedding pundits, using the now more sophisticated capabilities of smart phones, have become self-styled broadcasters of the entire event.
It’s not the punditry that rankles; rather, it’s the pervasive tendency among some people to move the focus of attention to themselves. The focus mover group includes the guests who won’t stop conversing during the ceremony and sharing smart phone photos of their kids, grandkids, and vacations, along with the ones whose loud expressions of laughter or crying serve to create a spectacle that the bride, groom, and other guests may remember along with hopefully better memories surrounding their own special day.
Their own day—It is and forever will be all about them—the bride and the groom. Except when the couple designates others to be the center of attention if only for part of the time.
Over the past ten or so years, I’ve observed that some creative brides and grooms prearranged or preauthorized members of their families and groups of friends to render limited entertainment during the processional and the recessional phases of the ceremony. That entertainment sometimes takes the form of a vocal or instrumental solo or choreographed walking or dancing up and down the aisle. Not really walking, more like sashaying to the music. That’s totally fine when it is clear that the bridal couple wanted the dancing wedding party and likely requested it of their buddies.
What is not fine is the spontaneous performer who is probably the same kid who intruded on his parents’ friends’ visits to their home by doing an unsolicited somersault on the living room carpet. “Hey—watch this! Now watch this again!”
Not part of the bridally assigned choreography, but a random aisle-walker who has to grab attention, this is the groom’s man who, uoon reaching the Chupah, strikes a Saturday Night Fever Disco pose with index finger pointed skyward. It is the two sisters of the bride who form an awkward ballet arabesque when they conclude their promenade up the aisle. Don’t call “America’s Got Talant.”
So, let it be all about the couple and only the couple—Kol Sasson v’kol simcha; kol chatan v’kol kallah. The voice of the groom and the voice of the bride, forevermore. Mazel tov!

ELLEN FISCHER IS A CONTRIBUTING WRITER TO JLIFE MAGAZINE.

Mother of the bride 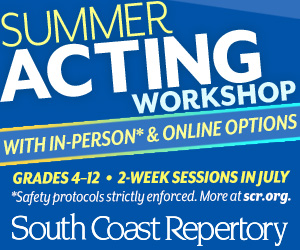 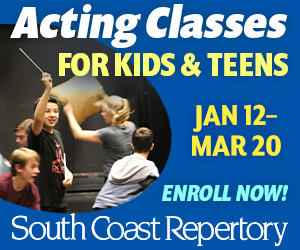