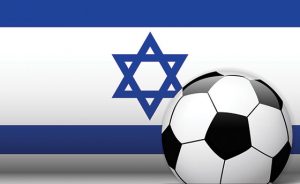 The battle for a Jewish future is underway. It’s not just happening in the streets of Europe, where Jews wonder if the rise of Anti-Semitism will put their communities at risk. Nor is it only on the borders of Israel, where the terror of Hamas looms just a mile or two away. The American Jewish future is being debated in living rooms across the country. It’s a clash between soccer and Jewish education. “Will we send our child to Jewish school this year?”

We have heard the refrain too many times. “This year we are going to send him to sports so Hebrew School is just not going to work.” And of course there is the qualifier, “don’t worry, we will teach our child about Judaism at home.” Finally comes the most absurd argument, “when he gets older we will let him decide what he wants.” Parents don’t let an eight-year-old choose if he should go to school or not. If kids don’t get the basics now, when they are younger, it’s doubtful later as a teen or an adult they will be able to make an intelligent decision about the value of Judaism. Hebrew School is the gateway to being part of a community.

No question, the best kind of Jewish education is a Jewish Day School. One where children are taught to love Torah and tradition, along with the skills they need to live in a modern society. Hebrew School is the second option, but for many Jewish kids, it’s the only Jewish education they get. Even if it’s a few hours a week, kids can learn the basics of language, tradition, and most importantly, values and beliefs.

Some parents have their own negative feelings from their Hebrew School experience. While their friends attended sports leagues, they were schlepped to Hebrew School. Not always were the teachers the most inspiring, nor was it as much fun as the activities non-Jewish kids had. Today, Hebrew schools are much better. There is a vital message we send children with our choices and what’s really important. Is it sports, or deeper spiritual values?

There is a Talmudic saying, “The Torah is not an inheritance.” You can inherit good looks, smarts and even money. Torah must be learned. Judaism does not come by osmosis. Each generation needs to develop its own intellectual appreciation for the depth of Jewish knowledge. Each child needs to discover on his own the spiritual treasure that has sustained the Jewish people for millennia. Each child needs to learn to appreciate the relevance of the timeless ideas of Torah, and how they can give meaning to their life. When the child is an adult, the Torah learned will help navigate the moral issues they face.

The future is in our hands. If a Jewish child is inspired with a rich Jewish educational experience it will propel him to value Israel, the Jewish people and our Torah. So either find a soccer league that meets on a different day, of if your child is so gifted, let him take up the sport in the future. In the meantime, make the investment to imbue him with the beauty of tradition and Torah. 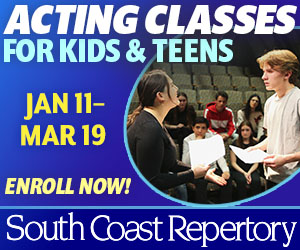